Colon Cancer: Mourning T’Challa and a Call for Early Detection

Posted on September 10, 2020 by Beacon Advocates 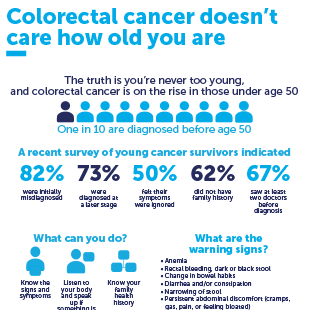 Chadwick Boseman was a memorable force as T’Challa in the blockbuster Black Panther, but the 43-year-old’s legacy includes more than his skillful acting career. His recent death from colon cancer has made him a symbol of the disease. Just as T’Challa unified his Wakanda people, so too does Boseman’s visibility stand to increase public knowledge of colorectal cancer. 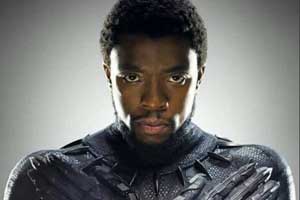 According to a recent New York Times article, the cancer that ended Boseman’s life is the second-leading cause of cancer death in the United States. Let that sink in for a moment. Is colon cancer the taboo cancer topic our young people are avoiding, to their peril? It seems we as a society have no problem talking about breast, brain, or even prostate cancer.

What about colorectal cancers?

Sharing symptoms that can be linked to colon cancer – even with a medical professional – can be difficult. Bleeding from the anus or rectum? Changes in feces structure, constipation, nausea, cramps? None of us want to shout those developments from the proverbial rooftops.

Based on Boseman’s experience, sufferers should be sharing them with medical providers much earlier.

EARLY DETECTION
When Boseman’s disease was diagnosed, it had already progressed to Stage III. Cure rates can be high even at this stage, but they are not guaranteed. Response to chemotherapy largely dictates the survival rate. Had it been detected earlier, the disease may have resulted in a different outcome. We’ll never know. Four years after diagnosis, Boseman was gone.

Colon cancer rates are steadily increasing for those under the age of 50. The rise is just two percent annually, according to the American Cancer Society, but the cause for the uptick is unknown. Not everyone who suffers from colorectal cancer has common disease factors of obesity, diabetes, smoking, or family history. Those without a family history are often counseled to wait until age 45 before electing a colonoscopy, which can spot tumors. Boseman was years away from that when he was diagnosed.

Survival rates are so much higher for colorectal cancers when detected early; this fact alone should remove some of the stigma of sharing symptoms with medical professionals. When caught early, survival rates hover in the high ninety percentiles. That’s a pretty decent trade to be gained for talking with a physician about changes in bathroom habits or blood present in the stool. It’s an extremely worthwhile swap.

Black people are much more likely to die from colon cancer than most other ethnic groups; Alaska Natives have the highest rate at 89 per 100,000. The verdict for this is likely a coupling of later-stage diagnoses and access to healthcare.

The takeaway is this: Colorectal cancer does not discriminate. Young people can suffer from it. Older patients, whose ‘health radar’ is already in tune to the risk, are much more likely to find the disease in its early stages.

As medical professionals, we see firsthand how early detection saves lives. It’s time for colorectal cancers to be spoken about openly and with candor. No one wants to talk about blood or changed bathroom habits – but sharing these developments with a healthcare professional could literally save your life.

Chadwick Boseman was an amazing talent. May his memory give all of us – younger people included – the ability to raise our voices if something is wrong.